Plot
The story takes place in an alternative world in which the nuclear war of 199X (in the original series) never occurred. Thus, Kenshiro, Raoh and Toki find themselves pitted against one another not just for the affection of the beautiful Yuria but also a part-time job at Ryuryuken Convenience Store. However, they must work together if they want to stand a chance against greater competition including the South Star District led by the manipulative Shin who also has a crush on Yuria. 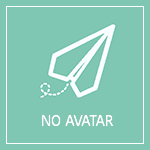