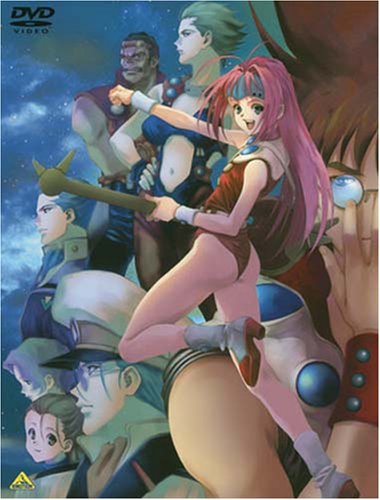 In 2045 A.D., thirty-five years after the legendary Battle with Bodolza's Main Fleet, we join the Macross 7 fleet on its journey to the center of the galaxy.
Having once faced total extinction, the surviving Humans on Earth drew up an ambitious plan to ensure their survival. Super-long-range emigration fleets (such as the Macross 7 fleet) would spread Humankind across the galaxy.
Meanwhile, close-range colonization of planets (such as Macross Plus's Eden) would counteract Earth's population explosion and dwindling supplies. Seven years have passed since Captain Maxmillian Jenius led the 37th long-range emigration fleet from Earth.
Inside City 7, the main habitation "block" of the Macross 7 flagship, the rock band "Fire Bomber" prepares for their first live concert. Something is amiss, though...