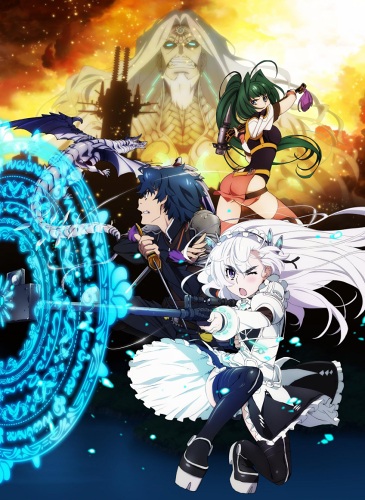 Recap: Acura is a 20-year-old retired soldier meandering through life now that the war has ended. He encounters Trabant, a 14-year-old sorceress carrying a coffin, and follows her in hopes of finding meaning in his life again. The two travel with Tooru's adopted sister, Akari, the employed member of the group and thus Tooru's source of income. (Source: ANN)