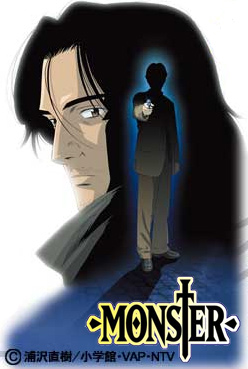 * Based on the manga by Urasawa Naoki

Dr. Tenma Kenzou is a very talented Japanese doctor and he's praised by all doctors in Germany. But after he saw how a woman cried for her man who died because someone else got more priority, he changed. He decides he wouldn't let anyone pass; everyone is equal.

But one day, Tenma has to work on a little boy who was shot during the murder of his parents. He decides he will save the life of the boy, because he was first in line.

But then, the children disappear... and the murders begin. Tenma, feeling both guilt and worry, goes off to investigate the case since he feels that it somehow relates to him... and the horror begins, for both Tenma and everyone he meets in search for the children..